Even the word used to make me feel immediately defensive when I was younger. 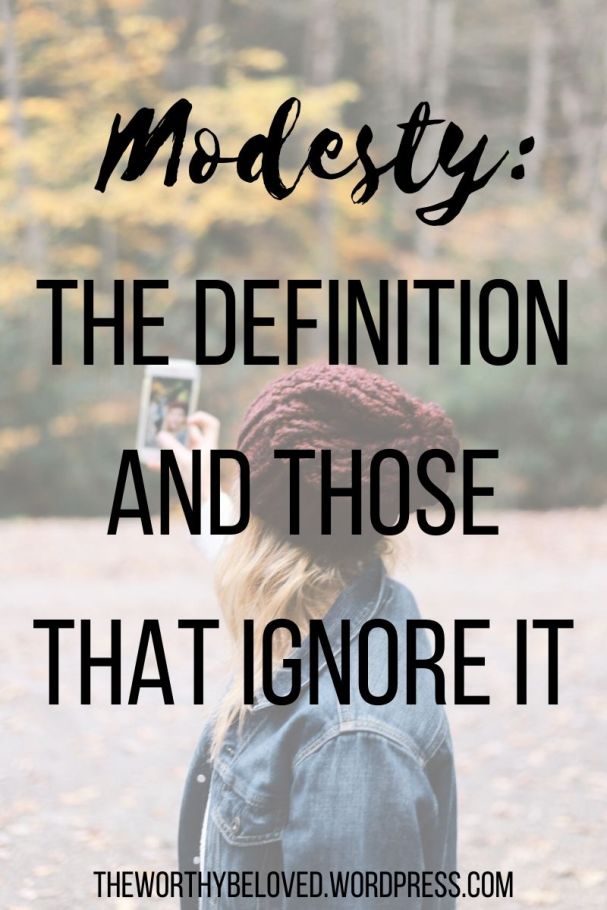 That word with that vague meaning that snobby, stuffy people dressed as pilgrims used to make themselves feel superior to everyone else. <—–My old definition.

At the ripe old age of thirteen, I was up in arms about it. My family and I use to dress more conservatively, but I remember the day when I realized that my knee-length khaki shorts weren’t “trendy”.

The memory I have vividly is going to the fair and seeing all the other girls wearing makeup and short shorts and feeling so plain and out of place.

I started pushing for shorter shorts, shorter dresses, lower cut shirts after that, my parents didn’t like it but they realized that they wouldn’t always be able to control me and feared me going all out when I was eighteen if they tried to repress me.

My mom never approved and it was obvious, but the people at our denominational congregation at the time wore short shorts and low cut shirts, so we had a lot of confusion on the matter.

So why did I change (literally)?

That is the question most people ask.

When I was baptized, and when I realized that I had been wrong about my previous views, I finally accepted that I needed to know what the Bible really said on topics so I could obey fully and correctly.

In the denominational world, modesty was never fully explained to me, it was vague.

It was the moms telling the girls to wear t-shirts to a pool party while the boys were allowed to be shirtless.

It was never the greek words.

It was never looking back at the old definition for modesty and seeing that it hadn’t changed.

I was taught that modesty was more of a conviction matter. If those shorts don’t bother you, wear them, etc. But I have been learning that’s not what the Bible says at all.

I’ve heard people complain that modesty isn’t a black and white subject, but it is.
Modesty can be added to based on culture (In some countries wearing something shorter than your ankle isn’t ok, so as Christians, we wouldn’t go be immodest in their culture), but it can’t be decreased from what the Bible says. 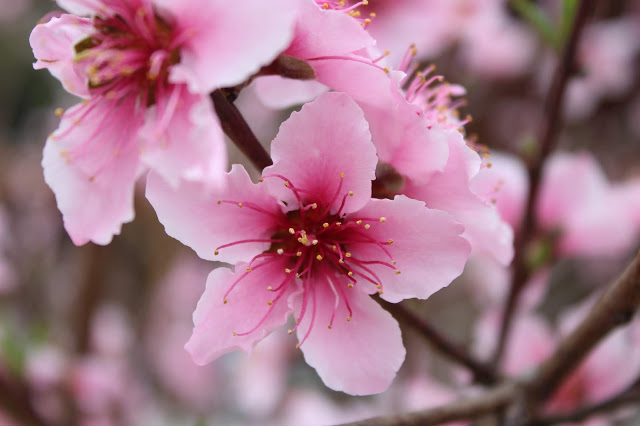 What does the Bible say?

A popular and often used verse is 1 Timothy 2:9:

“In like manner also, that women adorn themselves in modest apparel, with shamefacedness and sobriety; not with broided hair, or gold, or pearls, or costly array”

All in all, this verse seems pretty vague on the standard of modesty, right?

That’s because modesty had already been defined in the old testament, the people hearing this didn’t need a definition for modesty, they already had one.

Gen 3:7 tells us about Adam and Eve realized that they were naked, thus they made “aprons” for themselves.

In verses 9-10, Adam and Eve knew that they were still naked and hid from the Lord.
In verse 21, the Lord made them coats and clothed them.

In Isa 47:2, it talks about bringing shame by “making bare the leg, uncover the thigh”. This should bring shame on anyone because it is immodest, and thus nakedness.

In John 21:7, it talks about Peter fishing naked but putting on his coat when he spotted Jesus on the shore to swim to him.
The word for naked that was used is “gymnos” which means “undergarments or clothing that didn’t cover your shoulders and went to your knees”.

I’m not saying that this dismantles the whole “swimming in fewer clothes is okay because it’s swimming” argument… well, actually, I am. Because it does.

There are more verses that talk about clothing and they are:

I would greatly encourage anyone to study these verses.

Now, that I’ve explained the biblical definition of modesty, let’s talk about the people who know better but ignore it.

If you know better, do better.

There’s a difference between being ignorant than being aware of what is immodest and still choosing to be immodest, and that’s a dangerous difference because that is disobedience to God and the standards He set.

I’ll have to admit, I’ve been very sad and disappointed lately.

I joined Instagram yesterday, and I’ve seen pictures of sisters wearing things I know they know are immodest.

I’ve seen skimpy dresses, swimming suits, and leotards, all on girls that I know understand modesty enough to follow it.

These are girls I’ve sat through modesty lessons during summer camp with, girls that I have talked to about modesty before, girls that have nodded their heads along to devotionals about this topic.

What happened to Romans 12? Is being fashionable in those short shorts really worth ignoring the Bible?

These are not only sisters I love, but sisters that know better, and it’s terrible.

It’s terrible that you are choosing to disobey the Bible.

It’s terrible that you are posting those pictures for our brothers in Christ to see.

And this isn’t just the girls although our gender is often the bigger culprits, why do I see shirtless pictures of brothers who I know are aware of the definition of Biblical nakedness?

The other day someone made a comment that there are more weak Christian girls than guys and I disagreed.

The difference is that weak Christian girls are easier to spot because they have more options to dress immodestly.

The guys who shrug at immodesty, repost immodest pictures of girls and set that trash willingly before their eyes are just as weak.

Either you’re lying or you have been desensitized.

You know what, immodesty when it comes to girls doesn’t bother me either. I can see a girl’s shoulders, thighs, chest, etc. and not care, I’m not attracted to girls, it doesn’t affect me.

But you know what bothers me? The lack of obedience to the Bible when I know those people know better.

And that’s really all I have to say for today, I’ll get off my soapbox now.

If you read this post, please study, and if you know better, do better.

Join 230 other followers
Follow The Worthy Beloved on WordPress.com